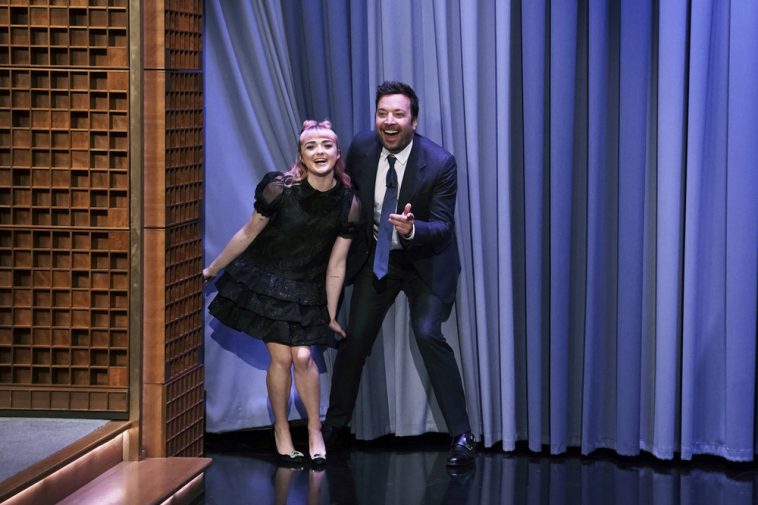 Williams, who plays Arya Stark on the show, participated in an interview with Jimmy Fallon. Naturally, the discussion touched on “Game Of Thrones” (as well as her friendship with co-star Sophie Turner). And as it aired on April 1, it naturally involved an April Fools joke.

One clip from the interview is below; an additional video will be available starting at 3:35AM ET. Photos from the taping also follow.

Williams joins host Jimmy Fallon for an interview on Monday night’s broadcast. She appears as part of a stacked episode that also includes Tracy Morgan, Patrick Mahomes and The Zombies.

Monday’s “Tonight Show” is the first two of two Maisie Williams TV appearances set for this week. The actress is also set to appear alongside Sophie Turner on Tuesday’s “Good Morning America.”