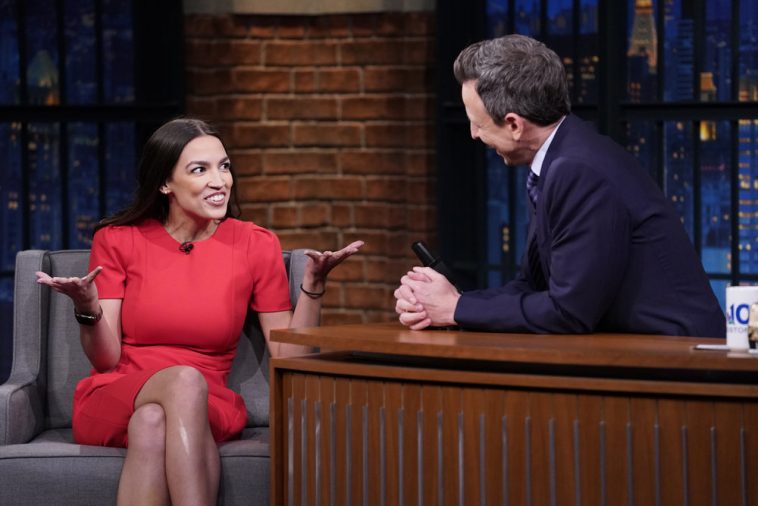 Update: One night after making a special appearance on CBS’ “The Late Show With Stephen Colbert,” Alexandria Ocasio-Cortez paid a visit to “Late Night With Seth Meyers.”

The congresswoman, who was making her inaugural appearance on “Seth,” was the lead interview guest on Thursday’s episode.

She and Seth naturally talked politics. AOC also offered her take on the attention she receives from FOX News.

In addition to AOC, Thursday’s “Late Night” features an interview with Andrew Rannells and a cooking segment with Chef Carla Lalli Music.

The episode will air at 12:35AM ET/PT on NBC. In advance of the broadcast, the network shared a collection of photos from the taping.