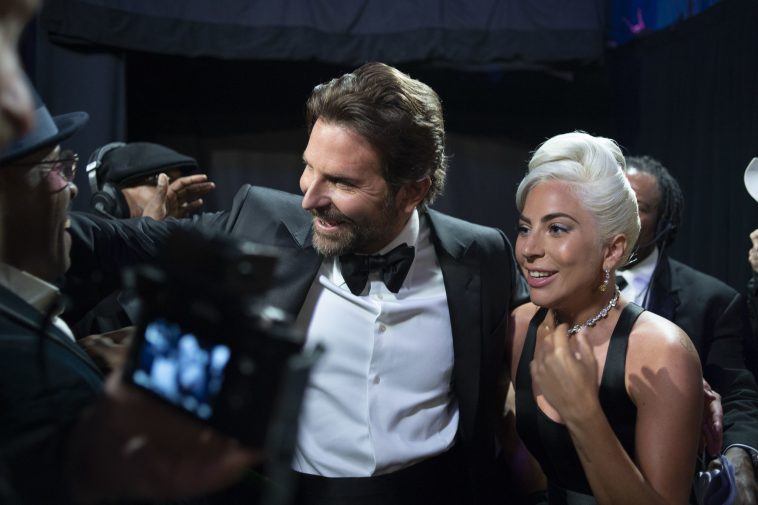 Bradley Cooper and Lady Gaga at the Oscars | Eric McCandless/ABC

On the heels of the Oscars, songs from “A Star Is Born” are faring immensely well on the US iTunes sales chart.

Lady Gaga & Bradley Cooper’s “Shallow,” which was #1 going into the show, has increased the dominance of its lead. Real-time tracking has the song selling about 5x as well as the #2 song, which happens to be Gaga’s own “Always Remember Us This Way” (also from the soundtrack).

As of press time at 11:20AM ET Monday, a third song from “A Star Is Born” occupies a Top 5 position. The extended version of Lady Gaga’s “I’ll Never Love Again,” that song, sits at #5 on the chart.

— The film version of “I’ll Never Love Again,” which credits both Gaga and Cooper, is currently #10 on the chart. Cooper’s “Maybe It’s Time” is #14.

— Gaga and Cooper received raves for their performance of “Shallow” during Sunday’s Oscars. The track also won the award for Best Original Song.