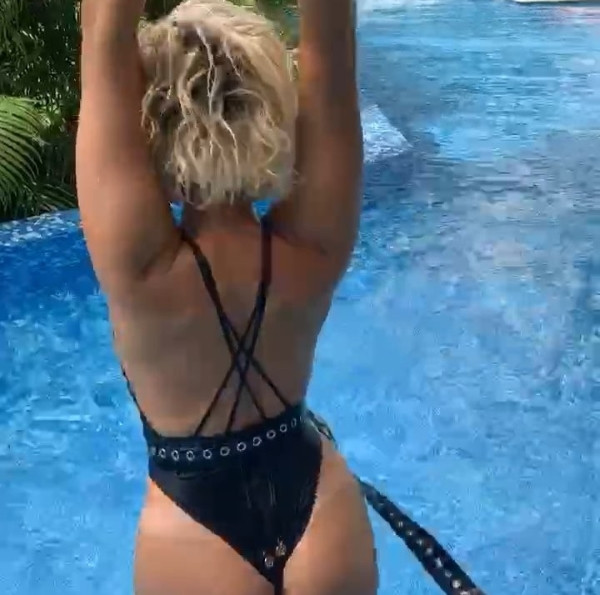 The song launched at radio earlier this month, and the official video premiered late last week. Rexha is also taking the stage on Monday’s “Live With Kelly & Ryan.”

Over the weekend, Rexha also leveraged Instagram to draw attention to the song.

In a new Instagram video, the Grammy-nominated artist dances to the track while in a pool in Mexico. The pool setting means Rexha is wearing a swimsuit, which means the video provides a look at her famous curves.

The clip, which has already amassed over 1.75 million views, follows.

People are always gonna talk, so darling you might as well give them something to talk about. #NewSingle #BuyLastHurrah #NoShame