Search
Halsey In Without Me | Capitol/UMG

With exactly three weeks remaining until the 2019 iHeartRadio Music Awards, the media giant confirmed the first details regarding the ceremony.

Per an official press release, Alicia Keys, Halsey and Garth Brooks will receive special awards at the March 14 event.

Keys will receive the Innovator Award, signifying her “unparalleled contributions to pop culture and social causes as an artist, songwriter, producer, entrepreneur and activist.”

Halsey will earn this year’s “Fangirls Award,” which is presented by L’Oreal Paris. “Halsey embodies the L’Oréal Paris philosophy, ‘Because You’re Worth It,’ demonstrating ambition, passion and a strong sense of self-worth by using her voice both in her chart-topping music … and championing causes she passionately believes in, including disenfranchised youth, women’s rights, mental health and the LGBTQ community,” says the press release.

Brooks will win the inaugural iHeart Artist of the Decade Award “for his impact on the music industry as one of the world’s most successful and beloved artists.”

The awards will be presented as part of the March 14 ceremony, which will be televised by FOX and simulcast on iHeartMedia stations and the iHeartRadio digital platform. 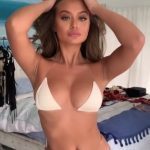