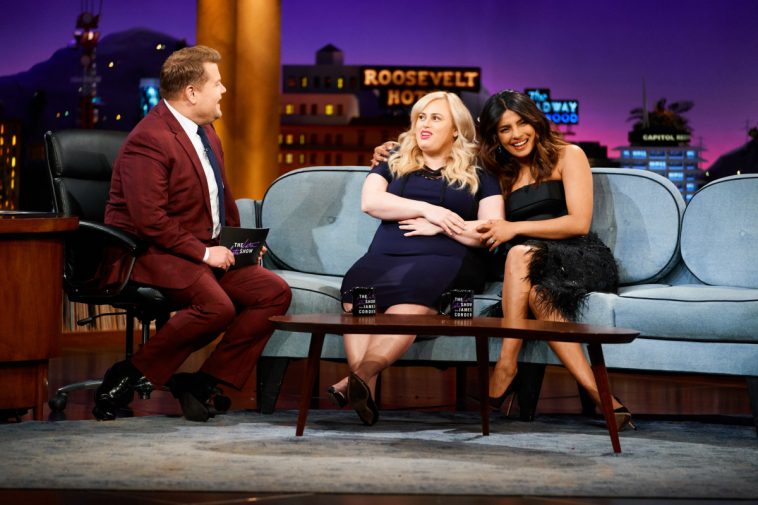 The original plan was for Tuesday’s “Late Late Show With James Corden” to exclusively feature guests from the new film “Isn’t It Romantic.” Liam Hemsworth, Priyanka Chopra Jonas and Rebel Wilson were all set for the episode.

Following his kidney stone hospitalization, Hemsworth did not end up appearing on the episode. Jonas and Wilson still did.

They participated in the nightly discussion, which also included magic from Justin Flom. They additionally took part in the show’s recurring “Flinch” segment.

The episode began airing at 12:35AM on the east coast — and will air at that time on the west coast.

Videos of the magic trick and flinch segments follow; additional highlights will be posted upon availability.

Photos from the taping are also below.