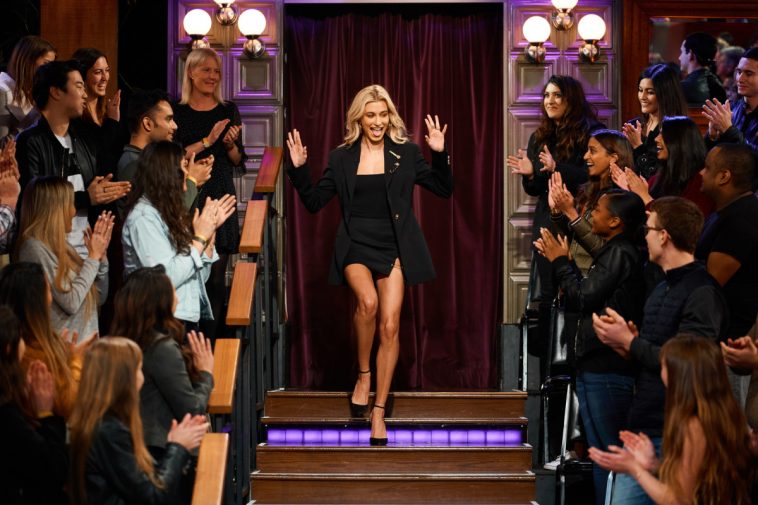 Model and “Drop The Mic” host Hailey Bieber appeared on Wednesday’s edition of “The Late Late Show With James Corden.”

Bieber took part in the nightly discussion with host James Corden and fellow guest Alicia Keys. She also participated in the show’s recurring “Spill Your Guts or Fill Your Guts” segment.

While Wednesdsay’s episode did not mark her first “Corden” appearance, it was her first visit since marrying Justin Bieber. She had previously appeared as Hailey Baldwin.

It began airing at 12:35AM ET; videos are being posted upon availability. Taping photos are already embedded.