This week, it rises to #1 on the Mediabase country radio singles chart.

Up one place, “Girl Like You” captures the throne from Dierks Bentley’s “Burning Man (featuring Brothers Osborne).”

In addition to ruling for chart points, “Girl Like You” was the Mediabase country panel’s most played and heard song for the January 27-February 2 tracking period. It received ~8,661 spins (+611) and ~54.16 million audience impressions.

Up one place, Scotty McCreery’s “This Is It” grabs #2 on this week’s chart. Thomas Rhett’s “Sixteen” climbs one place to #3, while Luke Bryan’s “What Makes You Country” jumps two spots to #4.

Jordan Davis’ “Take It From Me” also rises two places, in its case moving from #7 to #5.

The aforementioned “Burning Man” drops to #7 this week. 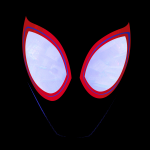