The overwhelming majority of Mediabase-monitored pop radio stations will be adding Ariana Grande’s “7 rings” this week.

Z100 is one of those opening week supporters.

The influential outlet, dubbed New York’s #1 Hit Music Station, formally picked up “7 rings” in conjunction with the January 22 pop radio add board. “7 rings” is thus far the station’s only add for the week.

On pace for well over 100 playlist adds this week, “7 rings” is a lock to claim most added on this week’s add report. The full recap is due later this evening. 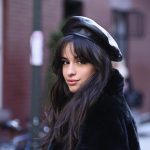