Update: In what represented her third visit to the program, Millie Bobby Brown appeared on Monday’s “Late Show With Stephen Colbert.”

Brown joined host Stephen Colbert for an interview. During the discussion, she painted Colbert’s nails to support UNICEF.

The episode also featured an interview with Anthony Salvanto and a performance by Josh Groban. Videos and photos follow.

Monday, she makes her first “Colbert” appearance of 2018.

Brown appears as the lead interview guest on Monday’s episode. The episode also features an interview with Anthony Salvanto.

Later, Josh Groban takes the stage for a musical performance. 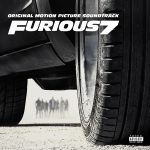