Lady Gaga and Bradley Cooper’s “A Star Is Born” soundtrack is predictably resonating with music buyers.

According to Hits Daily Double, the album is expected to sell 120-130K pure US copies this week. With units from track sales and streams included, it may generate 140-160K in US consumption.

As the album’s performance will hinge on reception to the film, the numbers should be treated as particularly tentative.

Still, it is safe to say “A Star Is Born” will be in the mix for #1 or #2 on Top Album Sales (its pure sales projection is even with that of twenty one pilots’ “Trench”) and a Top 3 position on the Billboard 200 (where it will likely contend with “Trench” and Lil Wayne’s “Tha Carter V”). 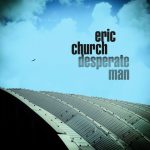