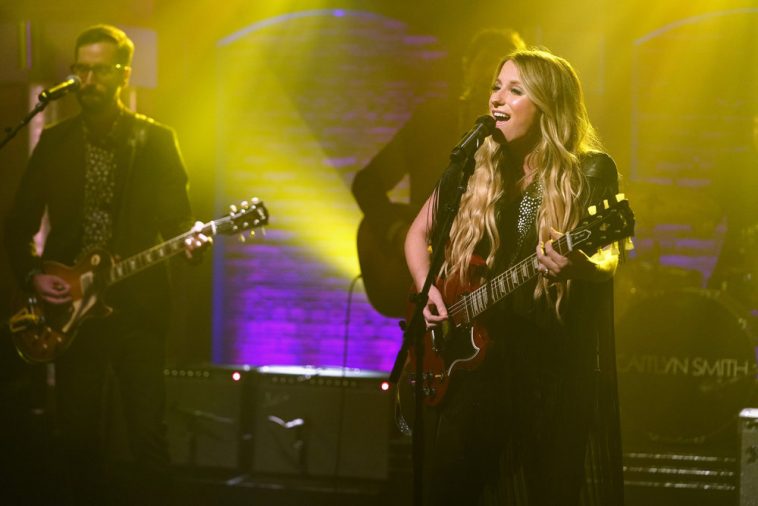 Smith performed her song “Before You Called Me Baby” on the broadcast. The episode also featured Keira Knightley and Neal Brennan.

A video of Smith’s performance follows. Photos from the taping are also embedded.

Caitlyn Smith, that artist, closes the show with a musical performance.

Marking Smith’s first appearance on the program, the performance closes an episode that also features Keira Knightley and Neal Brennan. Both appear for interviews.

Taped earlier in the day, Thursday’s “Late Night With Seth Meyers” will start at 12:35AM ET/PT on NBC. Smith’s performance should air at around 1:26AM.

Ahead of Thursday’s broadcast, NBC shared photos from the taping: