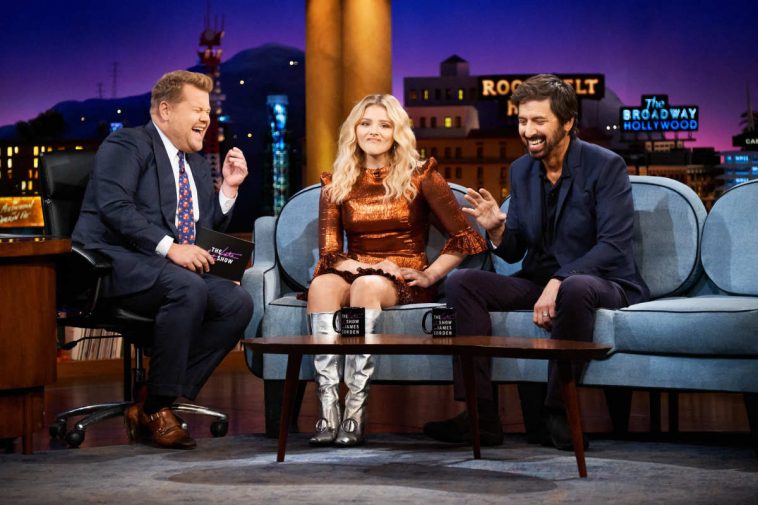 Chloe Grace Moretz has been making promotional appearances in support of new film “The Miseducation Of Cameron Post.”

Wednesday, she added “The Late Late Show With James Corden” to that list of TV stops.

Moretz participated in the nightly discussion. Ray Romano also appeared in that capacity.

In addition to the discussion, the episode featured a “Face Your Father” bit with Ray and Greg Romano. Lord Huron closed the show with a musical performance.

The episode began airing at 12:35AM on the east coast — and will air at that time on the west coast. Photos and videos follow: