As the runner-up on last week’s Mediabase country radio singles chart, Luke Combs’ official radio single was one number away from #1.

This week, it rises to that top spot.

“One Number Away” grabs #1 on the listing, dethroning Darius Rucker’s “For The First Time.”

The song follows “Hurricane” and “When It Rains It Pours” in becoming Combs’ third country radio #1.

Not simply the leader in chart points, “One Number Away” ranks as the Mediabase country panel’s most played and most heard song for the May 27-June 2 tracking period.

Blake Shelton’s “I Lived It” rises one spot to #5.

The aforementioned “For The First Time” sink to #9 on this week’s chart. 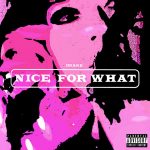