That distinction will be short-lived.

The publication expects “beerbongs & bentleys” to generate 440-460,000 in opening week US consumption units. Roughly 160,000 should come from pure sales, with the rest generated by SEA (track streams/1500) and TEA (track sales/10).

Streams will make a particularly hefty contribution. Hits expects “beerbongs” to generate over 400 million first-week streams, which amounts to over 267,000 SEA units. That would also break the all-time opening week streaming record of 385 million, which is currently held by Drake’s “More Life.”

“beerbongs & bentleys” will debut as a dominant #1 on the Billboard 200 consumption chart. It will not dominate the pure sales race (Keith Urban’s “Graffiti U” is pacing for 130K pure sales), but it should still earn #1 on Top Album Sales. 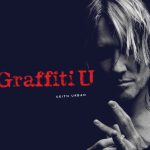