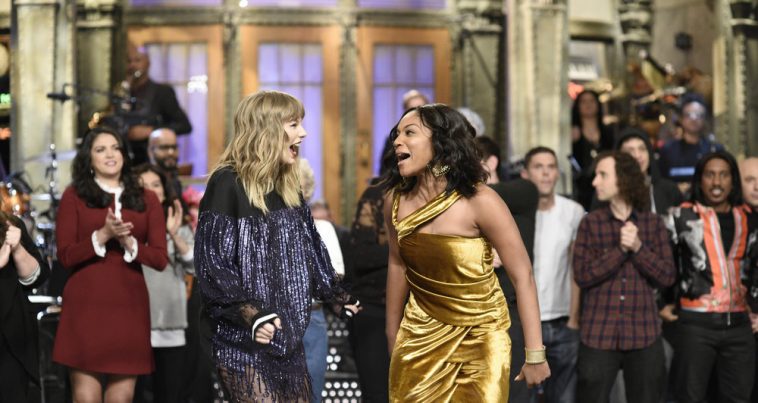 Taylor and Tiffany | Will Heath/NBC

“Delicate,” that new single, will reportedly impact hot adult contemporary radio on March 12. It will formally go for pop radio adds on March 13.

At least two major market stations have proven unwilling to wait until then.

According to Mediabase, influential Chicago pop station B96 played “Delicate” 9 times during the seven days between February 21-27.

Like “End Game” (and previous singles “Look What You Made Me Do” and “Ready For It”), “Delicate” appears on Swift’s 2017 album “reputation.”