It featured a musical performance by Alice Merton.

Merton, who was making her “Tonight Show” debut, performed “No Roots.”

A breakthrough hit for Merton, “No Roots” reached #1 at Triple A Radio and holds a Top 2 position at alternative/modern rock radio. It is also crossing over to mainstream formats; it is in the Top 20 at hot adult contemporary and Top 50 at pop.

The “No Roots” performance concluded an episode that also featured Paul Rudd and Laurie Metcalf. A video of the performance and a bonus “How I Wrote That Song” clip follow. 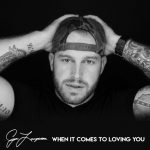