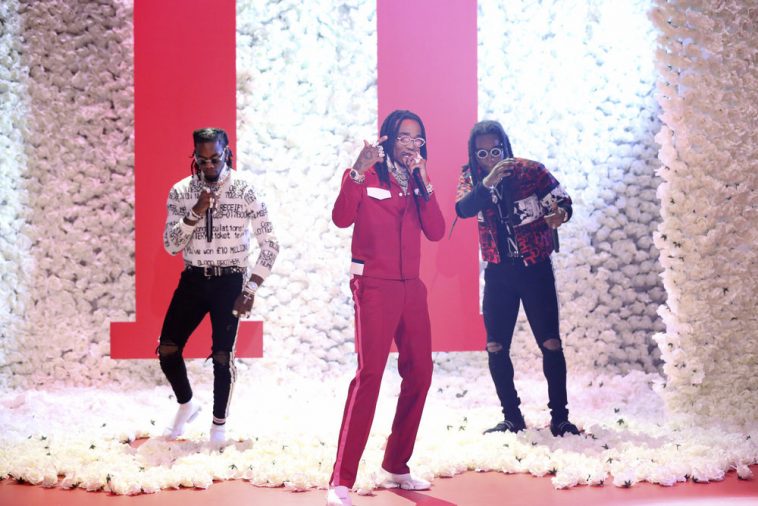 The album takes #1 thanks to what Billboard reports as 199K in opening week US consumption units. Consumption, as a reminder, is the sum of pure album sales + TEA (track sales/10) and SEA (track streams/1500).

While it convincingly leads in overall consumption, “culture II” does not earn #1 on the Billboard Top Album Sales chart.

That honor appears to belong to the soundtrack to “The Greatest Showman.” Billboard has not yet revealed the album’s pure sales tally for the week, but it looks to have sold upwards of 64K pure US copies this past week (which would be the week’s best).

In terms of overall consumption, “The Greatest Showman” generated 95K overall units. It takes #2 on the Billboard 200.

Credited with 64K units, Above & Beyond’s “Common Ground” follows at #3 on the Billboard 200. It benefited greatly from a concert ticket/album promotion, in which albums redeemed with ticket purchases count as pure sales. Billboard says the album sold 62K pure US copies this week.
===
Consistent with mid-week projections, the soundtrack to “The Greatest Showman” won this week’s pure US album sales race.

According to Hits Daily Double and BuzzAngle, “Showman” sold another ~63,827 US copies during the January 26-February 1 tracking period. That ranks as the week’s best pure sales total.

That ranks as the week’s #2 consumption figure.

The aforementioned “Culture II” may have only sold ~34,486 pure US copies in its debut week, but the streaming sensation generated a whopping ~200,010 in overall consumption units.

Due Sunday, Billboard’s more authoritative data may differ slightly from that reported by Hits. The discrepancies will not, however, impact the top spot on either chart.

“The Greatest Showman” will claim #1 on Top Album Sales, while “Culture II” will grab #1 on the Billboard 200.