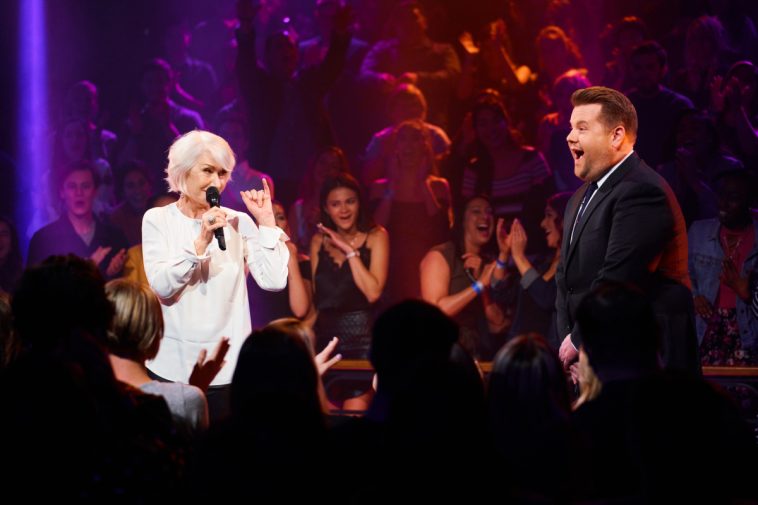 “Drop The Mic” may have expanded to its own show on TBS, but that does not mean it will never appear on CBS’ “The Late Late Show With James Corden.”

In addition to competing in the Drop The Mic rap battle, Mirren participated in the nightly discussion. Actor JK Simmons was also present as a discussion guest.

The episode aired late Tuesday/early Wednesday. A video of the “Drop The Mic” segment and photos from the taping follow: