The viewership figure, moreover, ranks as a new series low. The adults 18-49 rating is the show’s second-lowest on record; only the August 10, 2016 episode fared worse in the demo (0.22).

While the live+same-day ratings never quite matched the show’s acclaim, the first season of “Mr. Robot” drew respectable numbers by cable standards.

There was optimism that raves over the first season would translate into stronger second season numbers, but that hope never turned into reality. Season two opened in the same territory as season one — then quickly faded.

As a niche show with a complex narrative, there was no reason to expect a turnaround in season three. 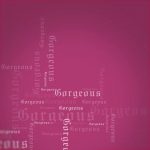