Earlier this week, Headline Planet revealed that Taylor Swift’s “Look What You Made Me Do” had taken an early lead in the race for #1 on this week’s Mediabase pop radio airplay chart.

Headline Planet can now confidently project that it will win the race — and top this week’s official chart. Said official chart will be released on Sunday.

Liam Payne’s “Strip That Down (featuring Quavo),” the #2 song on the building chart, received 13,019 spins during that window. The count trails the same-time-last-week mark by 15.3%.

Given the size of its lead and its marked advantage in trajectory (“Look” is up over 15% this week, while “Strip” is down over 15%), the Swift song should have no trouble closing the week on top.

“Look” will be Swift’s ninth pop radio #1. She previously topped the chart with “Love Story,” “You Belong With Me,” “I Knew You Were Trouble,” “Shake It Off,” “Blank Space,” “Style,” “Bad Blood,” and “Wildest Dreams.”

look what you made me doTaylor Swift 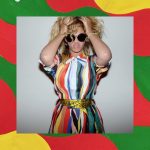