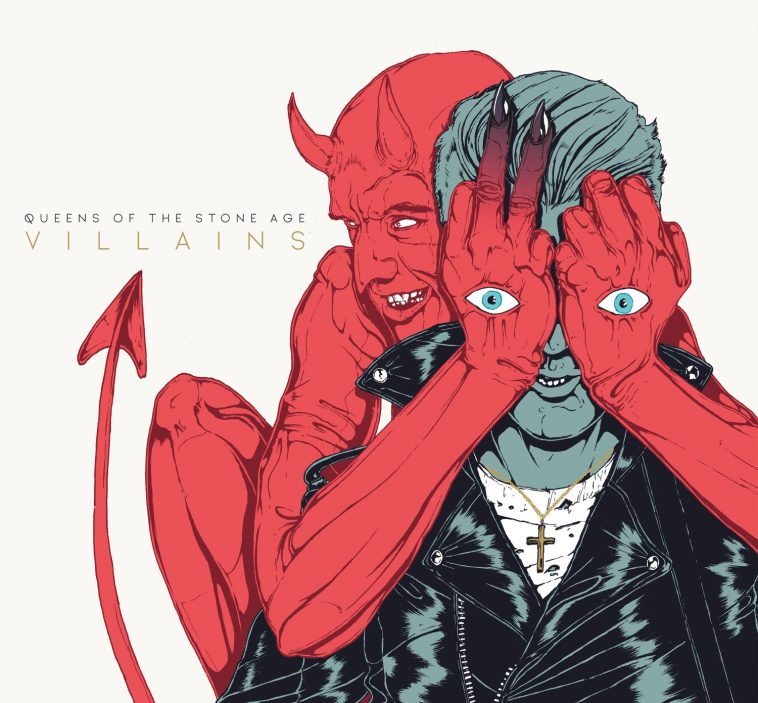 Update: Billboard has made the news official: Queens Of The Stone Age’s “Villains” debuts at #1 on the Top Album Sales chart, while Lil Uzi Vert’s “Luv Is Rage 2” takes #1 on the Billboard 200.

“Villains” tops the former thanks to what Billboard reports as 69K in pure US sales.

With TEA (track sales/10) and SEA (track streams/1500) included, “Villains” generated 73K in total US consumption units. That is enough for #3 on the Billboard 200.

This week’s US album race produces a split-chart scenario.

Queens Of The Stone Age’s “Villains” decisively wins for pure US sales, while Lil Uzi Vert’s “Luv Is Rage 2” convincingly wins for total US units.

According to Hits Daily Double and BuzzAngle, “Villains” sold ~68,623 pure US copies during the August 25-31 tracking week. The tally more than doubles that of the week’s second-best-seller.

A comparative non-factor for TEA and SEA, “Villains” generated ~72,768 in total US units. In addition to the Lil Uzi Vert album, it also trails XXXTentacion’s “17” (~85,739) for total consumption.

Due later this weekend, Billboard’s more authoritative data may differ slightly from that reported by Hits and BuzzAngle. The discrepancies will not, however, be enough to affect the key takeaways. “Villains” will debut at #1 on the Billboard Top Album Sales chart, while “Luv Is Rage 2” will earn #1 on the Billboard 200.