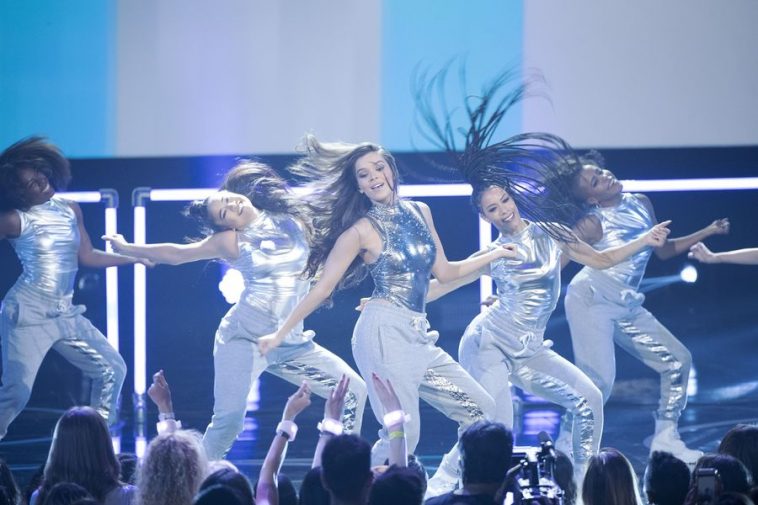 Season 24 of “Dancing With The Stars” comes to a close this week.

— The event begins with a two-hour show (8-10PM EDT/PDT) on Monday. The remaining couples — Normani & Val, Rashad & Emma and David & Lindsay — will each perform two dances on the broadcast.

Dance selections are as follows:

Normani Kordei & Valentin Chmerkovskiy
Redemption Style: Quickstep – “Check It Out” by Oh the Larceny
Freestyle: “What the World Needs Now is Love” by Andra Day

The stacked finale will include “24-Hour Fusion Challenge” dances, in which the contestants will fuse together two dance styles for a performance on 24 hours’ notice. The dances will be judged — and thus factored into the final results.

The episode will also feature a myriad of performances.

It will begin with an opening number featuring this year’s 12 couples, as well as the show’s four judges and two hosts.

Hailee Steinfeld will later perform her new single “Most Girls.” OneRepublic will play “No Vacancy” alongside a dance by Sharna Burgess and Gleb Savchenko, while Lady Antebellum will perform “You Look Good” as Witney Carson, Hayley Erbert, Artem Chigvintsev and Gleb Savchenko dance.

Colt Prattes and Nicole Scherzinger, who appear in ABC’s made-for-TV remake of “Dirty Dancing,” will dance to “Do You Love Me?”

The loaded episode will end with the final result announcement.