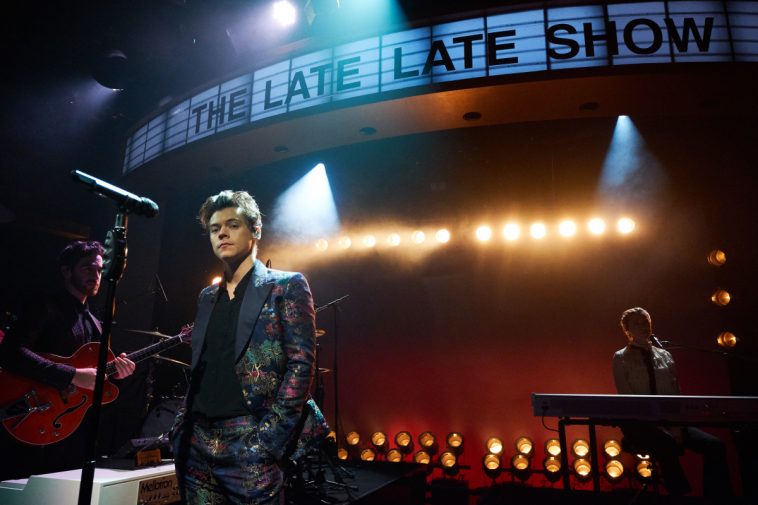 While he is not the only guest appearing this week, Harry Styles is being positioned as the key attraction on “The Late Late Show With James Corden.”

In celebration of his new album, Styles is appearing extensively on four episodes of the CBS late-night talk show.

In its competitive analysis, NBC notes that Monday night’s “Corden” drew a 1.0 overnight household rating and a 0.3 adults 18-49 rating in the Top 25 markets. The numbers offer a mixed comparison to last Monday’s show, which drew a 1.1 household rating but a 0.2 in the demo.

–As for the head-to-head comparison with timeslot rival “Late Night With Seth Meyers,” CBS’ “Corden” lost on both nights. Monday’s “Late Night” drew a 1.2 household rating and a 0.4 demo rating. Tuesday’s episode drew a 1.3 in households and a 0.4 in the demo.