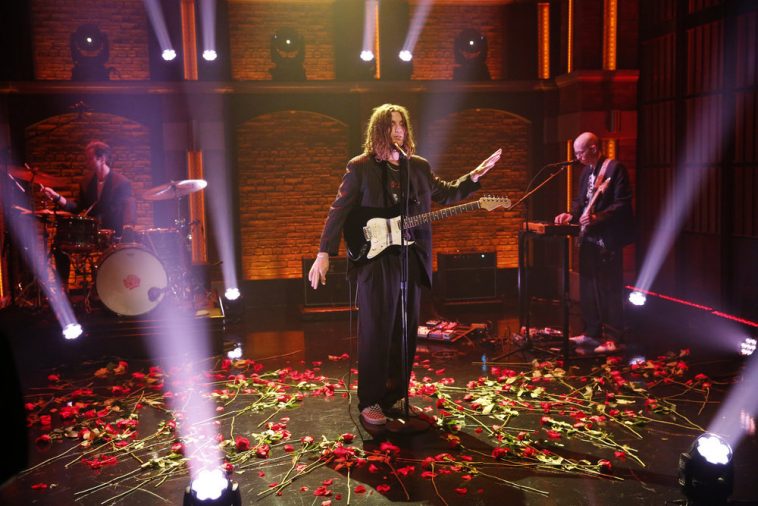 Update: Appearing on the program for the first time, LANY took the stage on Thursday’s “Late Night With Seth Meyers.”

The band performed “ILSYB,” the current radio single from its forthcoming, self-titled album. The album arrives on June 30.

It closes with a performance by LANY.

The performance marks LANY’s debut on the NBC late-night program. It comes one night before the band heads to Providence, Rhode Island as part of its tour.

It meanwhile comes seven weeks before the June 30 release of the band’s debut, self-titled album.

Taped Thursday evening, the episode airs at 12:35AM ET/PT. LANY’s performance should start at around 1:27AM.