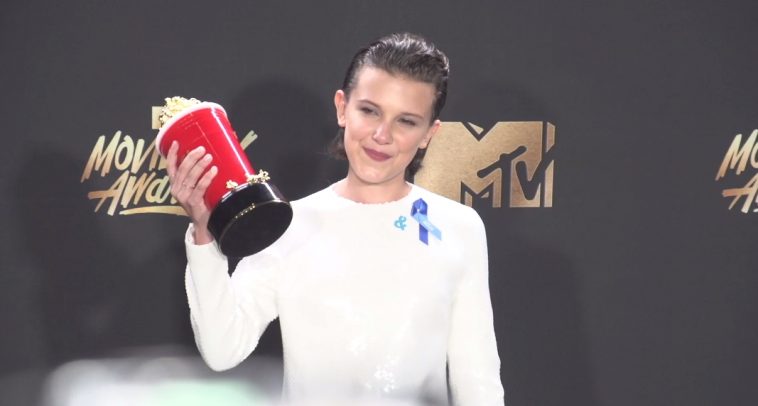 Millie at the MTV Awards | MTV

Update: While the 1iota ticketing website maintains that Millie Bobby Brown will appear on the June 1 “Good Morning America,” she is not mentioned in the official ABC broadcast listings.

It is unclear whether her omission from the ABC listings is accidental or a sign that the appearance has been postponed.
====

Millie Bobby Brown, who just won the MTV Award For Best Actor In A Show, is headed to “Good Morning America.”

According to the 1iota ticketing website, the young “Stranger Things” standout will appear on the June 1 episode.

“GMA” listings, especially those not yet formally confirmed by ABC, are subject to change. Headline Planet will provide an update in the event the appearance is moved.

Millie Bobby Brown will be back for the second season of “Stranger Things,” which premieres this fall.