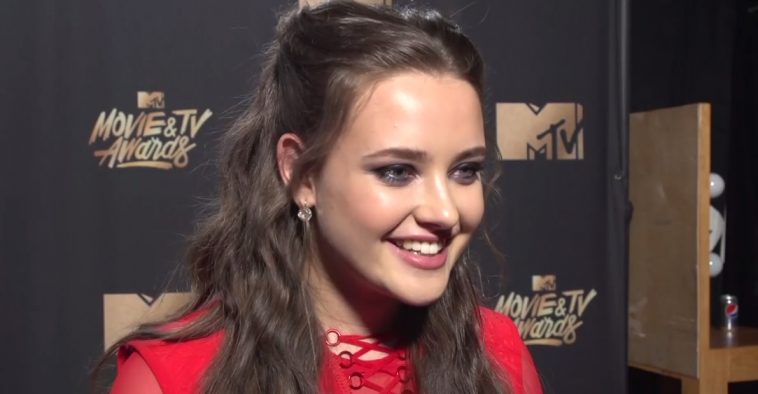 Many big names from the worlds of movies and television were present at Sunday’s MTV Movie & TV Awards.

Following their appearances on the show, some of those high-profile names caught up with MTV’s publicity team to offer brief backstage interviews.

“13 Reasons Why” star Katherine Langford, “Beauty And The Beast” star (and award winner) Emma Watson and WWE Superstars John Cena and Nikki Bella were among those to offer sound bites.

Katherine Langford on the experience of being part of such a successful show:
It’s kind of surreal. The thing I think we wanted to do most was create dialogue and continue discussion about bullying and mental illness and hopefully make a really incredible impact on people’s lives. The response has been overwhelming, and tonight has been the epitome of just mindblowing.

Katherine Langford on whether she watches Stranger Things, to which she and her castmates presented the Best Show award:
Is that a real question? Of course I watch Stranger Things!

Nikki Bella on what it means to be at the MTV Movie & TV Awards:
I’ve always been a fan of the awards since I was young; literally my sister and I would make sure to watch them every year. So, for me, when I knew John [Cena] was presenting, I’m like, “Yeah, I’m coming. I’m going there live, 100%.”


John Cena on presenting an award at the show:
[I presented the] New Generation Award, which is ironic. I’ll let you come to your own conclusions. But being in the live entertainment business, it’s great to see how MTV produces an awards show. And, certainly, being in the movie business with “The Wall” coming out this weekend – I hope everybody goes to see it – it’s great to be at a movie awards show as well


It feels amazing. It’s incredible to have won it, but it’s so cool that it exists to win.

Emma Watson on getting the chance to be in Beauty And The Beast:
I died. My 5/6/7-year old [self] who had watched the original animation just died. I just loved it. To love it so much, to get to make it, and then for other people to receive and love it so much…I mean…I’m so happy.