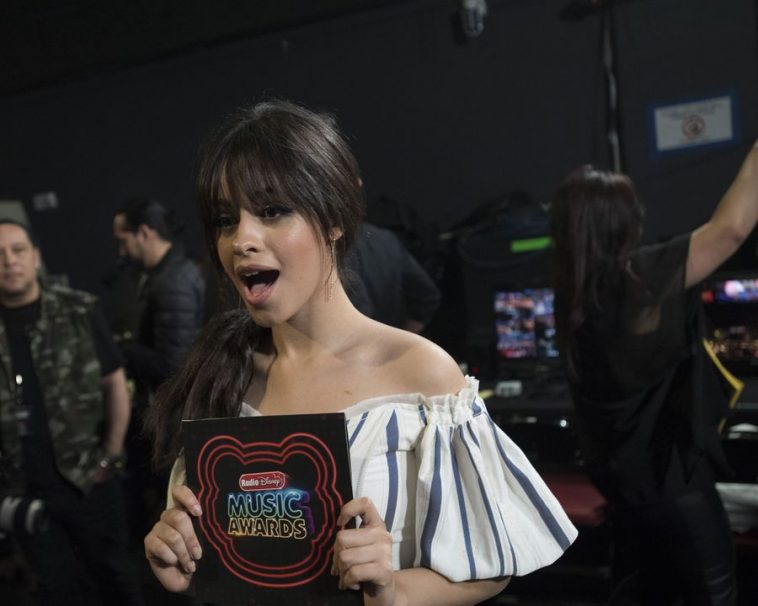 In addition to interviewing notable attendees on the red carpet, the Disney/ABC press team also captured some sound bites backstage at the 2017 Radio Disney Music Awards.

Camila Cabello, Raven-Symone, China Anne McClain, Laurie Hernandez and the “Heroes For Change” winners all gave their thoughts on the show.

Camila Cabello on the RDMA

I just won an RDMA. I’m so excited! It was amazing because I brought my sister here, and she was freaking out over just being here, the “Descendants” trailer, everything was a lot for her. I’m super excited. I love Radio Disney so much, and thank you so much to everybody who voted.

Camila Cabello on Britney Spears
Britney Spears is legendary. The fact that she’s done this for so many years and she still has that…you know…she’s feisty, she’s fierce, and everybody loves Britney Spears.

But I’m not a rapper…(referencing the rhyme)

Raven-Symone on the RDMA
It’s interesting to see the adults, the kids and everybody together enjoying the same kind of music, enjoying the same stars – YouTube, social media, television, movies. It’s fun, I haven’t been out and about like this in a minute…it was good to feel that energy from the crowd and chill with my kids.

Toxic is one of my favorite Britney Spears songs. “Oh baby, baby” – any time that happens, to any song, I’m on it, Brit. Don’t worry about it. And, of course, you better work…Brit.


We just presented the “Descendants 2” footage. Never-before-seen footage from the movie and the music video, and I’m just like…my mind is blown. I haven’t seen it, like, I didn’t see it before just then, and I’m freaking out.

China Anne McClain on Britney Spears
Britney Spears is an icon because she’s always been herself. She’s always stayed true to who she is. She’s an amazing dancer, singer, performer…she just gives her ‘everything’ on stage. That’s something to admire and look up to as another artist.

Natalie Hampton (Heroes For Change winner) on her RDMA Experience


When I saw Nick Jonas, it was completely surreal. My heart just stopped. He came over and hugged me, and I don’t think I’ll ever forget that.

Jocelyn Woods (Heroes For Change winner) on community service and her RDMA Experience
I definitely think us being able to share our stories will inspire a lot of teenagers out there. Also, being able to see someone out there that’s so admirable like Nick Jonas doing good for the community is also so inspiring.

Seeing Laurie Hernandez – just seeing her genuinely happy for us was so surreal as well. Just seeing all of these people that we really admire and look up to on the same playing field, and looking at us eye-to-eye was just kind of unbelievable.