Maddie Ziegler is headed to “The Ellen DeGeneres Show.”

Per tentative listings, the young dancer, actress and best-selling author will appear on the April 14 edition of the syndicated talk show.

The listing suggests she will be appearing in support of animated film “Leap!,” which opens in the US this summer. She may also touch on her recently released book.

Rob Lowe and sons Matthew and John Owen are also scheduled for the episode.

“Ellen” listings are subject to change; Headline Planet will provide an update in the event the Ziegler or Lowe family appearances are moved to a different date. 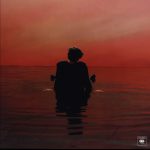