In comparison to the show’s early days, Friday’s “Liv And Maddie: Cali Style” was not a big live+same-day draw.

It did, however, rank as the show’s most-watched installment in over two months.

Up from the 0.97 million mark drawn last week, the viewership figure was the show’s best since January 6.

It is worth noting that Friday’s “Liv And Maddie” aired in the 5:30PM ET timeslot that it has occupied for the past few months. The evening timeslot may have limited the potential audience — and neutered the “event” feel of a series finale.

Disney Channel’s more popular “Girl Meets World,” as an example, drew a modest 1.64 million viewers for its series finale on January 20. That episode also aired in the evening. 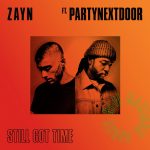