CBS has issued an updated set of listings for its “Late Late Show With James Corden.”

The listings reveal that Nicole Scherzinger and MisterWives will be performing on upcoming episodes. They also confirm a new date for Bea Miller’s rescheduled performance.

Per the listings, Nicole Scherzinger will perform on the March 23 “Late Late Show.” The episode will also feature appearances by discussion guests Terrence Howard and Jenna Elfman.

MisterWives will play the March 27 episode. JJ Redick, Scott Bakula and Pete Holmes’ are listed as that night’s discussion guests.

Bea Miller, who was originally set to perform on the March 20 episode, will now play the March 30 episode. Her performance will follow host James Corden’s discussion with Adam Scott and Michael Pena. 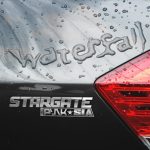