Future indeed makes history, as his “HNDRXX” officially debuts at #1 on this week’s Billboard 200.

Future is the first artist to score back-to-back #1 debuts on the Billboard 200. He is also the first solo artist to replace himself at #1 on the chart.

Billboard adds that “HNDRXX” sold 48,000 pure albums in the US during the February 24-March 2 tracking week. The count is enough for #1 on the Top Album Sales chart.

Future, it should be noted, does not simply have the #1 album on this week’s Billboard 200. He also has the #2 spot with his self-titled release. The album, which debuted at #1 last week, earns this chart’s runner-up slot with 64K second-week units.

Little Big Town’s new “The Breaker” debuts at #4 with 51K units. It also takes #2 on Top Album Sales with 44K in pure sales.

Completing the Top 5 is the “Trolls” soundtrack, which rises five places to #5 on the strength of its 50K units. 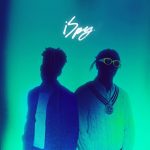