Update: ABC has issued revised listings for “The View.”  Priyanka Chopra is now slated to guest host the February 9 episode.  Lena Dunham will be the lone guest on February 10.

Priyanka Chopra is set to make yet another talk show appearance.

According to the 1iota ticketing website, the “Quantico” actress will appear at the February 10 “The View” taping. “Girls” star and creator Lena Dunham is also scheduled for the taping.

ABC has not yet confirmed the official broadcast lineup for next week’s string of “The View” episodes, so the specific date should be viewed as tentative. Headline Planet will provide an update when ABC does formally announce the airdate.

What can be safely concluded, however, is that Priyanka Chopra and Lena Dunham are set to appear on an upcoming “The View” episode. 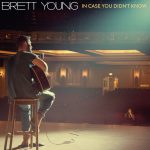