The follow-up to The Chainsmokers’ smash “Closer” predictably takes the top spot on this week’s pop radio add board.

“Paris” was added by a whopping 156 Mediabase-monitored stations in conjunction with this week’s impact. The count easily ranks as the format’s best.

Credited with 26 adds each, Clean Bandit’s “Rockabye (featuring Sean Paul & Anne-Marie)” and PARTYNEXTDOOR’s “Not Nice” tie for second place. Starley’s “Call On Me” takes fourth with 20, while Sean Paul’s “No Lie (featuring Dua Lipa)” grabs fifth on the strength of its 19 adds. 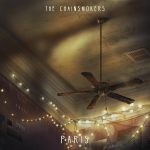