Last week, Columbia confirmed a January 17 US pop radio adds date for Little Mix’s “Shout Out To My Ex.”

While said impact is still more than a month away, it appears Columbia’s announcement led several stations to begin playing the song.

According to Mediabase, “Shout Out To My Ex” received at least two spins from at least eighteen new US pop stations in the seven days between December 5-11. Milwaukee’s 103.7 KISS FM played the song 6 times within that window, while Ocean, NJ’s B98.5 and Boise’s 103.5 KISS offered four spins.

Radio Disney (47 spins), Reno’s Alice 96.5 (30 spins) and SiriusXM Hits 1 (11 spins) were the biggest supporters during the aforementioned seven-day window, but all had played the song prior to December 5. Radio Disney and Alice 96.5 have actually been supporting the song for several weeks.

little mixshout out to my ex 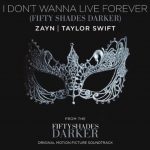