Three notable acts are scheduled for upcoming performances on “The Ellen DeGeneres Show.”

Per listings issued to TV providers, Green Day will take the stage on the December 13 “Ellen.” The episode will also feature appearances by Reese Witherspoon and Joshua Jackson.

Kings Of Leon is listed as the December 14 musical guest. The episode will also feature an interview with Matthew McConaughey.

Alicia Keys is meanwhile scheduled as an interview and musical guest on the December 15 broadcast. Rosemarie DeWitt is also booked for an interview on that episode.

“Ellen” listings tend to be particularly subject to change, so the aforementioned dates should be treated as tentative. 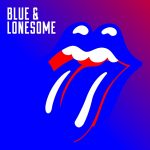