Search
Christine And The Queens [NBC]

Update: In what marked her first appearance on the show, Christine And The Queens (real name Héloïse Letissier) took the stage on Thursday’s “Tonight Show Starring Jimmy Fallon.”

=======
Three days ago, Christine And The Queens performed a show at Terminal 5 in New York City.

Thursday, she returns to the Big Apple for a performance on “The Tonight Show Starring Jimmy Fallon.”

The performance marks the “Tonight Show” debut for the French artist, whose real name is Héloïse Letissier.

In addition to the Christine And The Queens performance, Thursday’s “Tonight Show” also features interviews with Vin Diesel and Norman Reedus and a haunted house sketch with Kevin Hart. 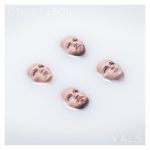