Update 2: This episode first aired on the night of September 15, 2016. CBS is re-airing the broadcast on the night of Monday, October 10, 2016. View photos from the taping and a video of CL’s performance below.

Those who stayed up for the broadcast got to see a compelling musical performance.

In what represented her inaugural appearance on the show, CL took the stage to perform “Lifted.” “Lifted” is the Korean superstar’s debut US single.

Its musical guest is CL.

The Korean artist, who recently launched her effort to connect with American audiences, is making her debut appearance on the CBS talk show. 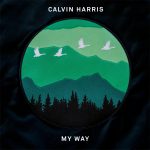