Since its spring release, speculation has suggested that Taylor Swift co-wrote and contributed vocals to Calvin Harris’ “This Is What You Came For (featuring Rihanna).”

Swift’s involvement — in both capacities — has finally been confirmed.

Wednesday morning, a representative for Swift revealed that the artist wrote the song under the Nils Sjöberg pseudonym that appears on the track credits.

Later, Calvin Harris confirmed that Swift not only wrote the lyrics but sang on the track.

“And she sings on a little bit of it too,” Tweeted Harris in response to People Magazine’s story about Swift writing “This Is What You Came For.”

While confirming Swift’s involvement as a writer and vocalist, Harris nonetheless maintained his own heavy involvement in the creation of the song.

“I wrote the music, produced the song, arranged it and cut the vocals though,” added Harris. “And initially she wanted it kept secret, hence the pseudonym.”

And while he does compliment his ex-girlfriend’s skill as a songwriter — she is “amazing lyric writer and she smashed it as usual,” he Tweeted — he criticizes her team’s handling of the story.

“Hurtful to me at this point that her and her team would go so far out of their way to try and make ME look bad at this stage though,” added Harris. 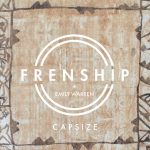