Going into the MTV Video Music Awards, rumors were circulating that host Miley Cyrus was going to perform — and then drop a surprise album — at the show. Thanks to her own interview comments, reports had also been circulating that Cyrus wanted to release her next album for free.

The two ideas converged at Sunday’s show. Following a bizarre, energetic, show-closing performance, Cyrus announced that the song she performed (“Dooo It!”) — and a host of other new songs — were available on her new album “Miley Cyrus and Her Dead Petz.”

That album, Cyrus confirmed, was available for free on MileyCyrusandHerDeadPetz.com.

As of press time, the website was down due to the traffic surge. Fans can, however, stream the album on her SoundCloud page. 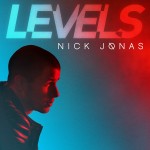