When “Total Divas” returns from hiatus on January 4, it will do so with two new Divas in its cast (and two previous regulars now absent).

E!’s WWE-themed reality show adds Paige and Alicia Fox to its lineup of powerful and entertaining women. Both have appeared in previous episodes, but the cast shakeup assures they will have a more regular and prominent role on the series.

Paige and Alicia effectively replace Naomi and Summer, who are not billed as regulars for the upcoming string of episodes.

“Former WWE Divas Champion, Paige, is a raven-haired Diva who preaches a simple message: she wants to mix it up in the ring. She first began battling when she was 13, following her family of English wrestlers, and gained prominence inside the WWE’s NXT Division, as the first NXT Women’s Champion. Similarly, the stunning and lithesome Alicia Fox has proven herself to be far more ferocious and eccentric than anyone ever expected. The talented Ms. Fox has etched her name in WWE record books as the first African-American woman to win the Divas Championship,” says E! of the new “Total Divas.”

The network’s press release adds that recently-added cast member Rosa Mendes will align herself with Paige and Alicia. That clique will find itself in opposition with The Bella Twins and Ariane; Nattie will find herself in the middle.

Other storylines being teased:

— A longtime feud between Ariane and Alicia will reach a boil.
— By questioning their fitness for each other, John Cena threw another challenge into his relationship with Nikki.
— Brie, meanwhile, has to confess to Nikki that she went behind her back to confront Cena about his stance on marriage.
— Brie also considers giving up her career for a more domestic lifestyle.
— Eva Marie struggles with “health and body image” issues.
— Rosa misreads a fellow Diva’s personality as a sign of flirtation and tries to pursue a relationship.
— Nattie deals with her marital trouble. 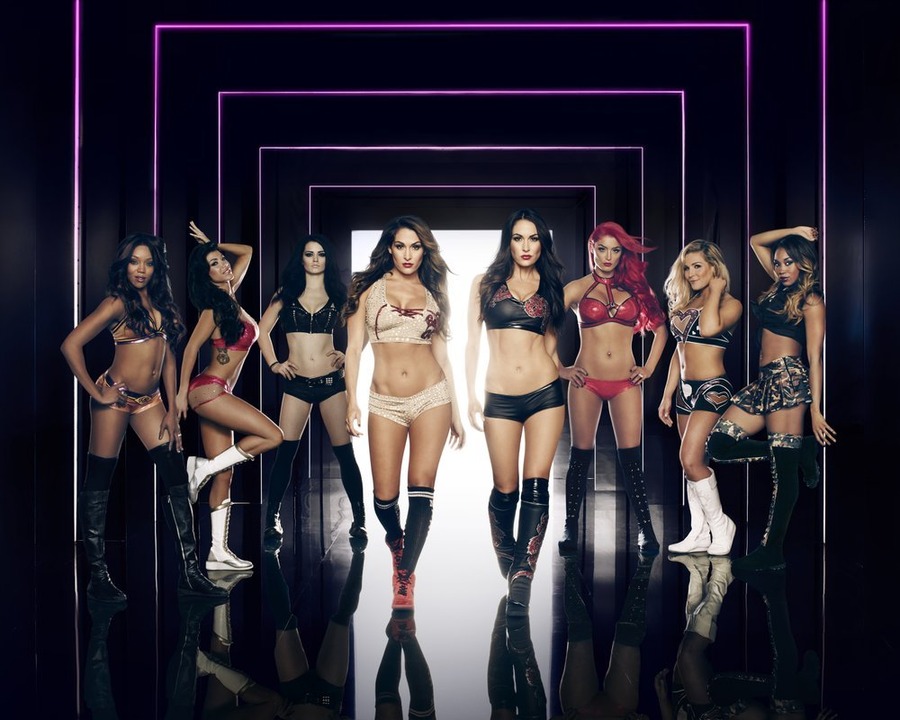