At last month’s iHeartRadio Awards, Luke Bryan was caught offering a gaze seemingly on the spectrum between bored and bewildered during Ariana Grande’s performance.

On the surface, it appeared he received a taste of his own medicine at Wednesday’s CMT Awards. During his rendition of “Play it Again,” “The Voice” winner Danielle Bradbery was caught offering a similar stare.

Bradbery, however, disputes that reading of her facial expression.

“I’m laughing at this face they caught me in during Luke Bryan’s performance because I was singing along like nobody’s business,” Tweeted Bradbery Thursday morning.

A screenshot of the facial expression, which also features Bryan’s friend and collaborator Cole Swindell looking on, follows (courtesy @aye_itsdeejay on Twitter): 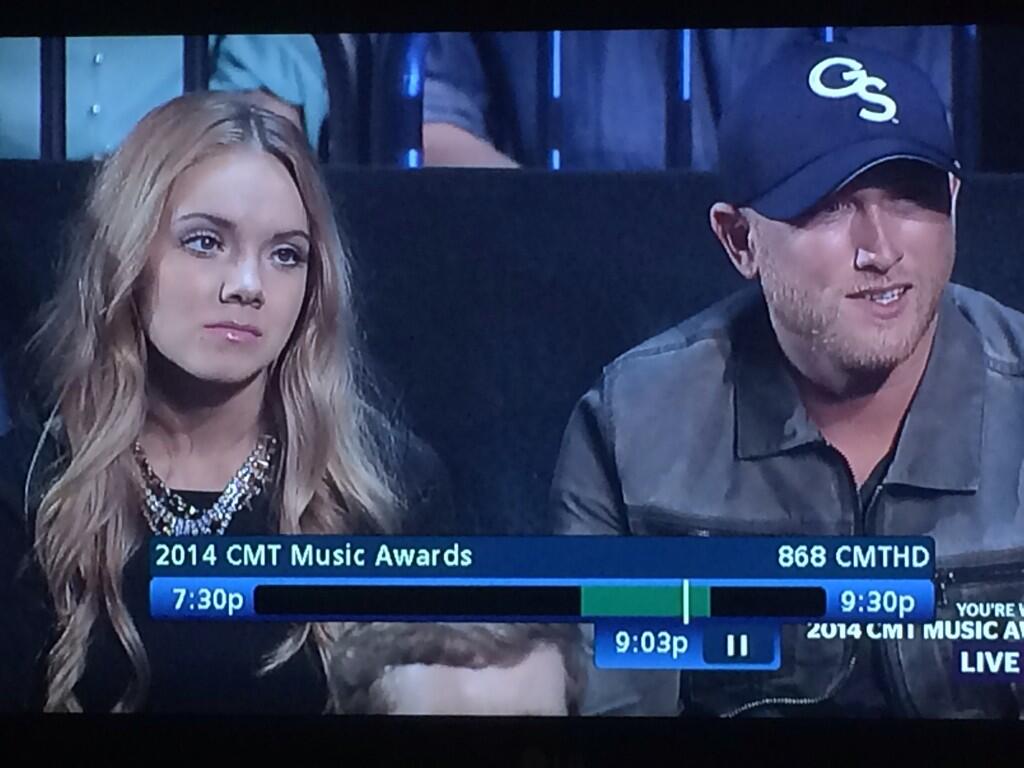