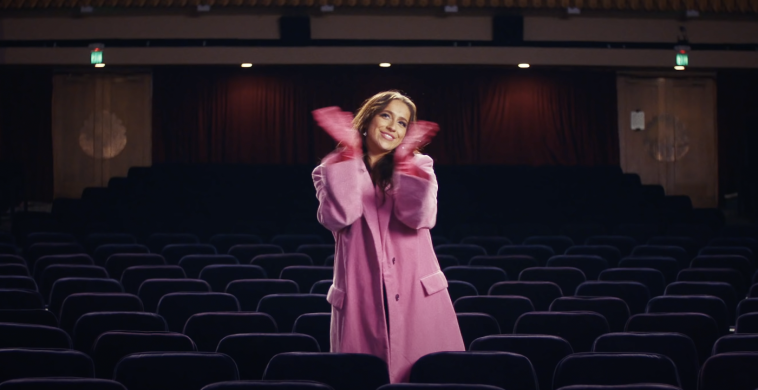 Tate McRae in she's all I wanna be | Video screen | RCA

Per the report, which is based on an audience survey, “she’s all i wanna be” boasts a positive reaction from 64.5% of listeners, a negative reaction from just 15.8%, and thus a rounded “net positive” score of 48.6%. The song is, moreover, garnering a “favorite” rating from 20.5%.

Suggesting more “like than love” in the status quo, the song’s favorite rating is the only underwhelming mark — the song ranks ninth out of fourteen. “She’s all i wanna be” does, however, have ample room to grow in that regard – its 74.0% familiarity rating positions it as the third-least familiar song right now.

Plus, the song’s impressive net positive score is itself worthy of unadulterated celebration. The next-best net positive rating is a mere 43%.

she's all i wanna betate mcrae