Thursday’s film featured Rita Ora, who has become a regular of the LOVE Advent series.

Marking Day 8 on the calendar, the film features the “Say It To My Face” singer working on a gymnastics bar.

Beer, who declares it to be “bar day,” is wearing Agent Provocateur lingerie in the Phil Poynter-directed clip.

“They always feature such iconic women, and to be a part of that fills my heart with love and gratitude,” says Beer in the closing quote. 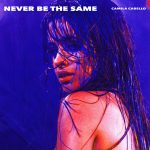